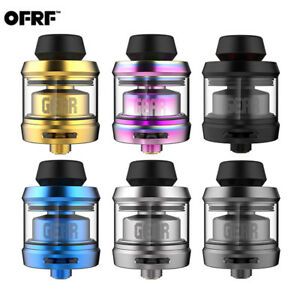 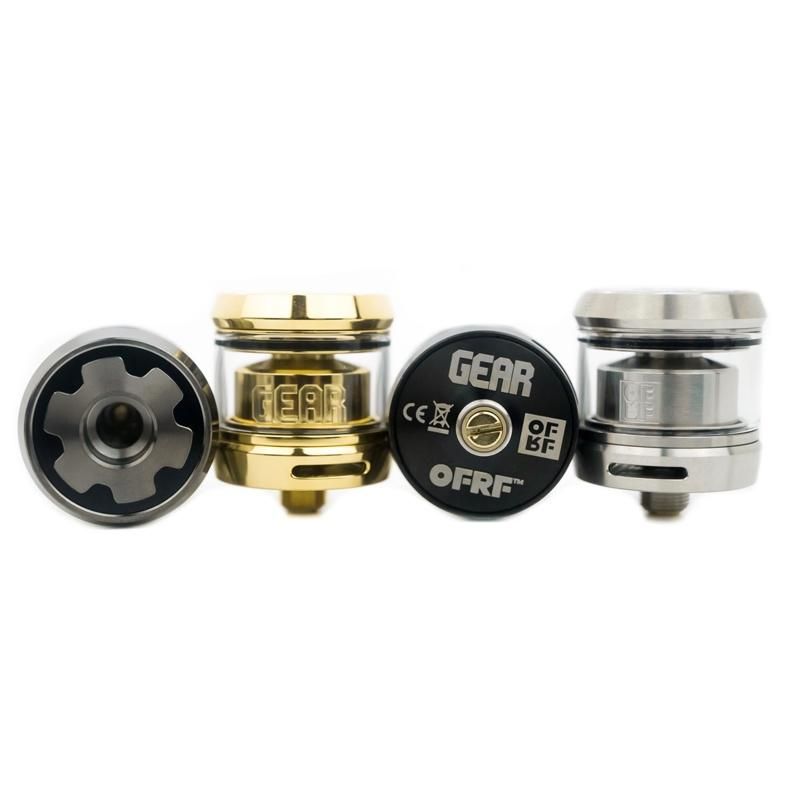 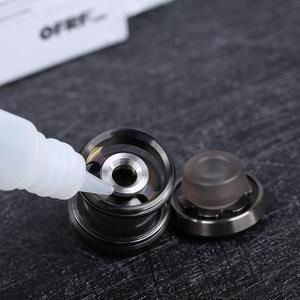 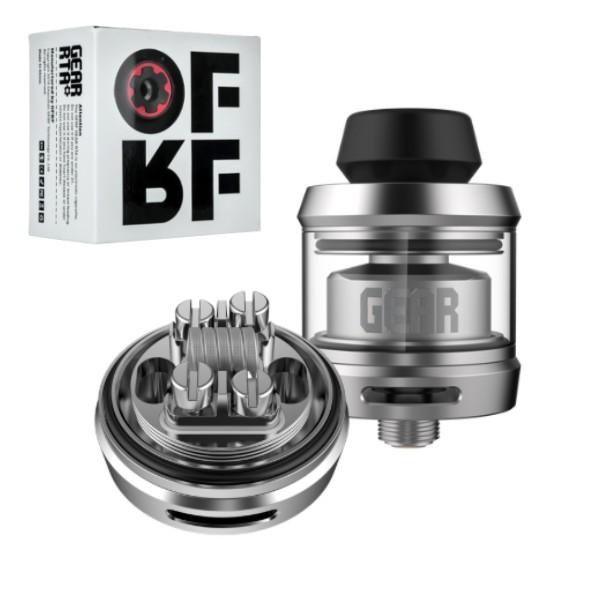 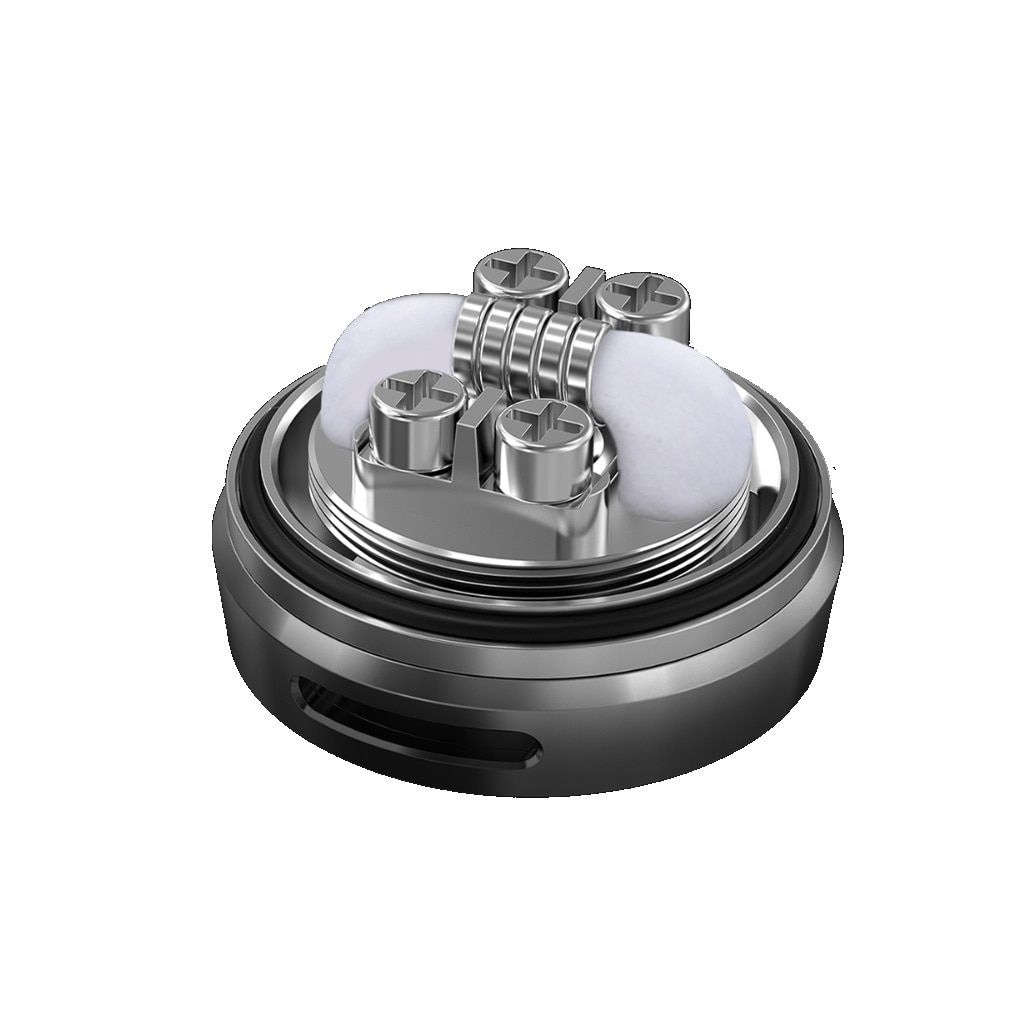 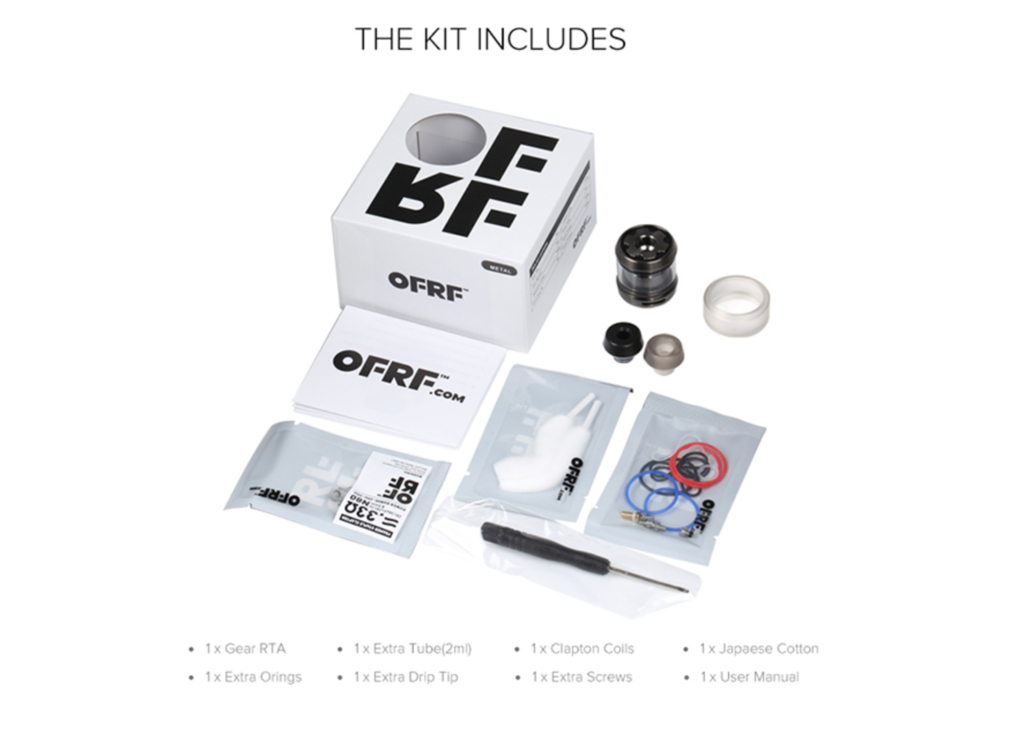 Be the first to review this product

This RTA from OFRF is a flavour banger, measuring at 24mm in width but a tiny 24.6mm tall, it's about as close to coils as you can get without giving them a kiss (and that's not pleasant, let me tell you). The Gear does have a smaller capacity than most to compensate (2.3ml straight glass, 3.5ml with the smoked polycarbonate bubble glass), but it's beyond worth it for the mega flavour you're about to shift into.

The Gear is a single coil RTA, with a deck that is also low to the base, and flat bottom screws holding down the fort on four posts for any style of coil you may have. Each screw holds a notch for the easiest installs possible, and the deck is scratch resistant too!

The secret to the Gear's flavour is the short passage to your mouth, and domed chamber to condense vapour as best as possible. The airflow is also slightly restricted compared to other RTAs to condense even further.

A threaded top fill, two heat resistant 510 drip tips and a bundle of accessories complete an excellent RTA to learn on, or an RTA for the experience vaper looking for the best of the best. Rev your engines for this one, as they'll be speeding out the door.

What's in the box:

Reviews
Write Your Own Review